Posted on October 27, 2015 by charlesbattersby 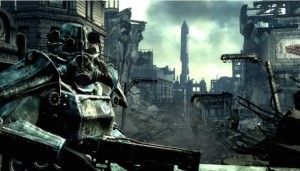 After the success of Fallout 2, there was Fallout Tactics and Fallout: Brotherhood of Steel, as well as abandoned sequels likeBrotherhood of Steel 2, and a cancelled game codenamed “Van Buren.” None of these are considered official parts of the Falloutstoryline, and it took 10 years before a proper sequel to Fallout 2arrived. By then, video game technology had dramatically changed, and the franchise adapted to keep pace. Here are a few of the ways that Fallout 3 changed the franchise when introducing it to a new generation. Continue reading at Geek.com.