Mirror’s Edge: Catalyst brings the sounds of the future

Posted on October 18, 2015 by charlesbattersby 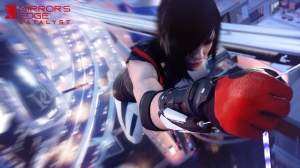 The original Mirror’s Edge was an unlikely creature. It was developed by DICE, the team best known for Battlefield, but it asked players to take on the role of a character who usually avoided combat, rarely used guns, and preferred her fists when she had no choice but to resort to physical force. It gained a cult following, both for the unique mechanics and for its story of rebellious “Runners” in an all-too-plausible dystopian society. Mirror’s Edge: Catalyst is an even more unlikely creature… Continue reading at Venturebeat.com.